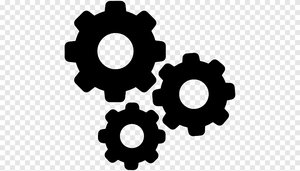 Stéphane Collin is a CNRS senior researcher (directeur de recherche) at the Center for Nanoscience and Nanotechnology (C2N, CNRS, Univ. Paris-Saclay). His research topics are mainly focused on the fundamental properties of semiconductor nanostructures (light-matter interactions, carrier dynamics) and their application to solar photovoltaics.

He created the SUNLIT team with Andrea Cattoni in Jan. 2014. He is also associated with the Institut Photovoltaïque d’Ile-de-France (IPVF) and responsible for the research program on III-V solar cells at IPVF. He was elected at the National Committee for Scientific Research in 2021 (section 8).

Stéphane Collin began his research carrier in 1999, working on the optical properties of metallic gratings and their application to ultrafast photodetectors (at L2M, Bagneux and LPN, Marcoussis). He obtained his PhD in 2002. Then, he worked as a postdoc at EPFL (Lausanne, Switzerland) in the group led by Benoît Devaud, and contributed to the development of the first picosecond cathodoluminescence setup (M. Merano et al., Nature 438, 479, 2005).

He joined the CNRS in 2003 as a CNRS permanent researcher. His research activities were first devoted to the properties of plasmonic nanostructure arrays, and led to the evidence of nearly perfect optical transmission through the narrow slits of free-standing metallic gratings (Phys. Rev. Lett. 104, 027401, 2010), optical extinction in a single layer of scatterers (Phys. Rev. Lett. 109, 143903, 2012), and nearly perfect, omnidirectional absorption in tiny nanostructures (Nano Letters 11, 3557-3563, 2011). These research activities found applications in biosensing, infrared filtering and imaging, and were reviewed in Rep. Prog. in Phys. (Stéphane Collin, Reports on Progress in Physics 77, 126402, 2014)

His activities in solar photovoltaics started extensively in 2010. Stéphane Collin has developed a novel strategy to trap light in ultrathin solar cells, based on multi-resonant absorption with periodical nanostructures. He demonstrated proof-of-concepts of broadband absorption in 25 nm-thick GaAs layers (ACS Photonics 1, 878-884, 2014), and 10-fold optical path length enhancement in 3 µm-thick c-Si solar cells (Nano Letters 16, 5358-5364, 2016). More recently, these activities led to the demonstration of GaAs solar cells with 20% efficiency at just 205 nm thickness (Nature Energy 4, 761-767, 2019). The team is also actively working on the application of these concepts to ultrathin CIGS solar cells (Prog. in Photovoltaics 29, 212-221, 2021). We published a review article on ultrathin solar cells in Nature Energy in late 2020, entitled: Progress and prospects for ultrathin solar cells (Nature Energy 5, 959-972, 2020).

In late 2012, Stéphane Collin initiated the project for an innovative spectroscopic platform based on cathodoluminescence (CL) at LPN/C2N. The CL tool developed by Attolight was installed in late 2015, and updated in 2019 to include a streak camera. It is a unique tool with both continuous and pulsed operation modes, enabling high-resolution CL mapping and time-resolved CL with nanoscale resolution, at temperature ranging from less than 10K up to 300K and more. It is used extensively for the study of materials for photovoltaic applications (III-V nanowires, polycristalline semiconductors like CdTe and CIGS, for instance), and it is also open to many academic and industrial collaborations in various fields. As an illustration, it has been used to develop a new method to assess the carrier concentration at the nanoscale (Nano Letters 17, 6667-6675, 2017). A meticolous study led to two reference articles which describe in detail the method for both n-doped and p-doped GaAs, and its application to the determination of carrier concentration with nanoscale resolution. The series was published in Phys. Rev. Applied in early 2021 (Phys. Rev. Applied 15, 024006, 2021 and Phys. Rev. Applied 15, 024007, 2021).